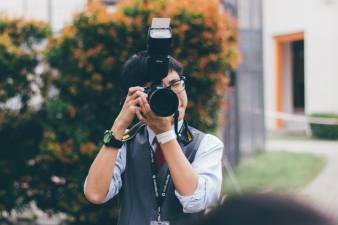 SEAN NG JIA SHENG has been taking photos since he got his first camera in 2012 and hasn’t stopped since. In that same year, he founded XAnonymous Productions, a collaborative video production team, with a group of friends. In 2015, XAnonymous was rebranded as Ocrux Studios, a one-stop independent production company specializing in film production which has gone on to produce numerous works, including the short film “That Perfect Picture” which was shortlisted for the Young Filmmakers’ Award in the international My Rode Reel 2015 short film competition. In 2017, Sean spent a few months working as a Production Assistant on Asia’s Got Talent (Season 2), one of the largest TV shows in Asia. He also served as the Video & Production Lead for TEDxUSMC, the first independently-organized TED event in the Iskandar Puteri region.

When he is not working on a project, Sean spends most of his time studying in university as a Mechanical Engineering student. He was the 2017/18 President of the IMechE (Institution of Mechanical Engineers) Student Chapter in his university. In the national round of the IMechE Speak Out for Engineering 2017 public speaking competition, he won the 1st runner-up prize for his topic ‘An Introduction to Camera Control & Stabilization Systems’.

Sean hopes to combine both his passion for technology & film-making in his future career with the increasing adoption of new technologies in the entertainment industry.

You can view Sean’s past projects and awards on his curriculum vitae here.